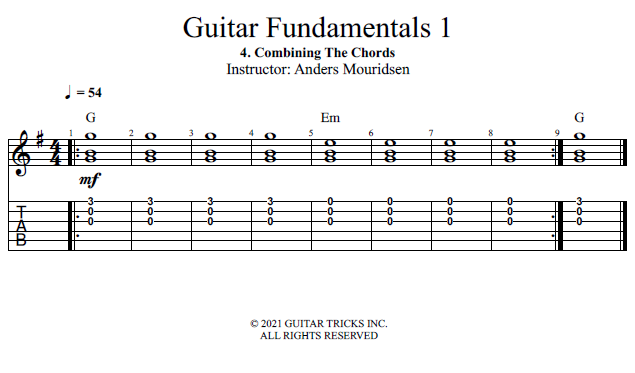 First let's review our two chords, cause it's completely normal to forget something that you just learned as soon as you learn the next thing. That's part of the process, and once you've relearned it a couple of times it sticks more permanently.

E minor was just the top 3 strings ringing open. On G major we added the 3rd fret of the high E-string (with our ring finger).

Without rushing, just patiently try switching between the two chords.

Try to see if you agree that the G major chord sounds happy, while the E minor chord sounds sad! Now keep in mind that whenever people don't specify if it's major or minor, then it is major by default.

For our little example we'll practice switching between these two chords. We'll still strum on beat 1, and first we'll do G four times. And then we'll lift off our ring finger and do E minor 4 times. Then we'll repeat both chords and end on a G-chord that we let ring.

Now let's try this out together. I'll do the usual count-in to 4, and then we'll start the example. Keep in mind that it's never a bad idea to just watch and listen at least once before you start playing along, but it's also okay if you prefer to just dive right in. 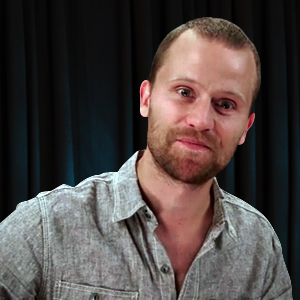