Spicing It Up With Fills

Now we have our basic 12 bar blues form with chords. Lets spice it up with some fills!

One of the main characteristics of blues is mixing major chords and harmonies with notes from the minor scale as ornamentation. Blues and jazz sounds the way it does because we mix notes from major scales and minor scales used together in certain combinations. This mixing of major chords with minor scale notes creates the bittersweet, melancholy sound we associate with blues.

In fact, much blues and jazz depends upon a major scale harmonic foundation with minor scale notes in the upper ranges. This is the origin of the term "blue note". The final fill will combine both the major third and minor third scale degrees in on lick!

Remember, if you can't get from one chord to the next in enough time, then don't play the chord on the last beat. Leave that little bit of time open for getting your fingers over to the next set of strings to prepare for the arrival of the next chord. The idea here is to start playing the next chord on time. 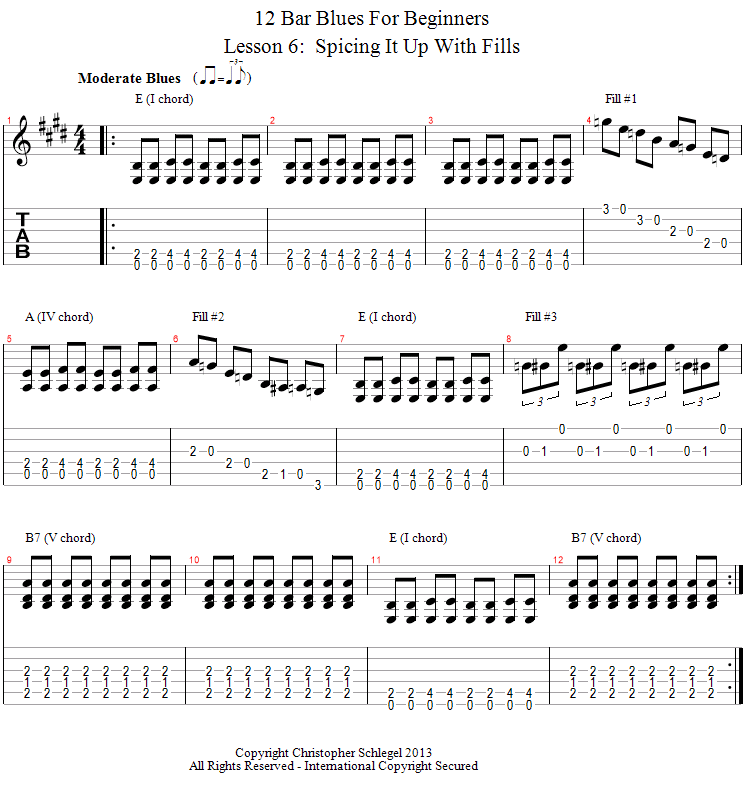