We Need One More Chord

Now we have our idea of using two positions: the E and the A chords. We are going to add the third chord (and final chord for this song) to the mix!

In order to play a "five" chord (in music theory it is represented by a Roman Numeral V) in the key of E we play a B chord. In order to make it sound like an effective V chord (or "dominant" chord) we make it a B7. This is also effective for the purpose of making it sound more bluesy, too.

Remember, if you can't get from one chord to the next in enough time, then don't play the chord on the last beat. Leave that little bit of time open for getting your fingers over to the next set of strings to prepare for the arrival of the next chord. The idea here is to start playing the next chord on time. 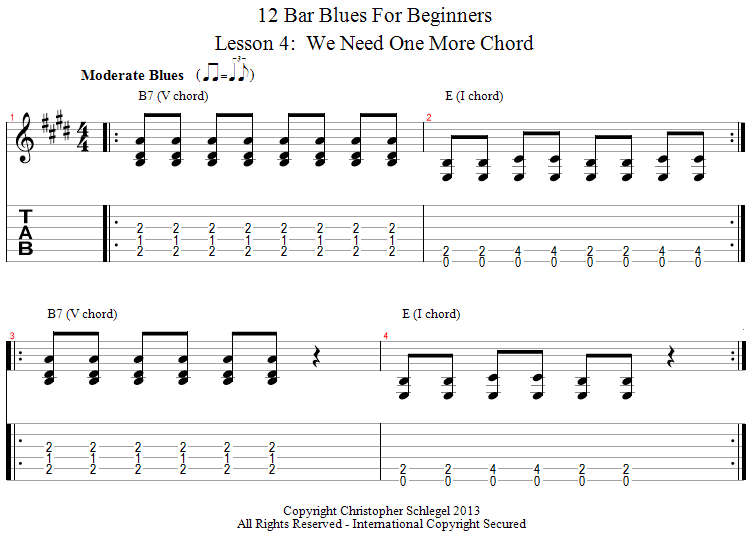