Our chorus progression is four bars in length, and is played twice each time. You will hear this section for all three choruses, as well as underneath the guitar solo at the end. In this video, I will also show you how the song ends.

Each chord is played with the same eighth note rhythm, played very open and with a steady rhythmic pulse. The first three times are played as choruses, and the last time is over the guitar solo. This will the end song with you just stopping at the end of the phrase to cut at the end.

Both guitars will also be playing during this section as well, which happens four times total in the song. 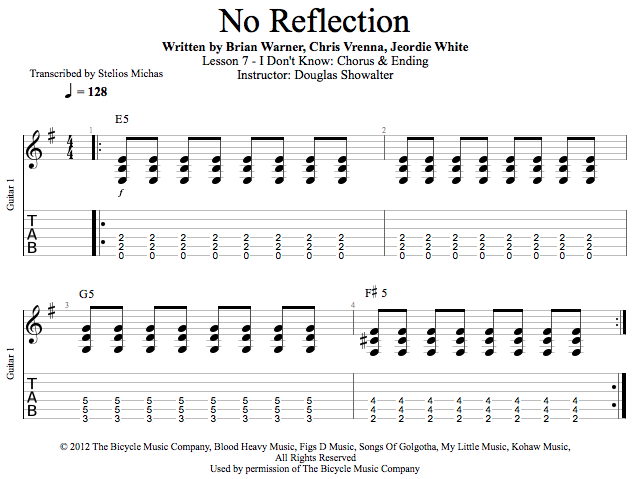