During the intro to our song, as well as off and on throughout the whole track, we have an eighth note riff utilizing your low E string and some single notes with plenty of distortion. A three measure phrase played twice, we will hear it four times throughout the track.

Coming in on the up beat of 1, this riff utilizes an E5 power chord along with G and F# as single notes on the low E string. It is a six measure phrase that is played all throughout the track. Before the band comes in, you just want to play the open E string instead of the power chord but every time after that you really dig into the E5.

Some little details to nail are adding in the harmonic on the third fret from time to time as well as playing a G harmonic on every time but before the first verse.

Guitar #2 will be doubling these parts each time, playing the exact same parts with a different guitar. Again, the doubling in this song is super important but you can play along with one guitar no problem. Don't double the G harmonic with Guitar #2, but do add in the harmonics on the third fret of the low E.
Open In New Window 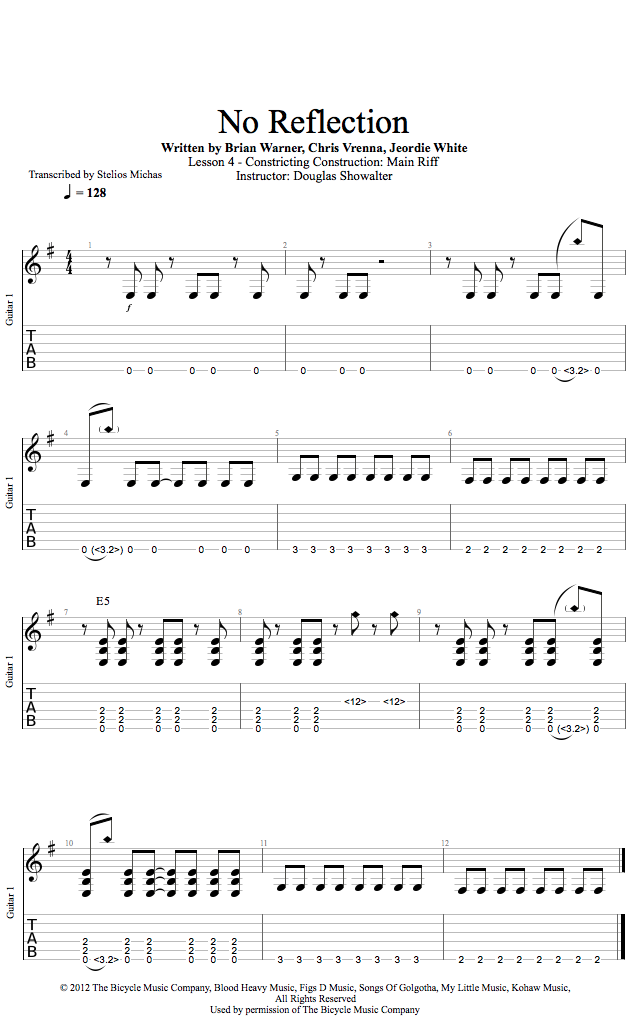