The intro to our song, before the whole band enters, features several guitars playing throughout in the recording. A lot of the sounds are created using some reverse delay and what also could be some simple editing and looping of some guitar effects. The first six bars is just some pick scraping and other fun sounds, and after that a distinct rhythmic motif comes in. For our first lesson, I am going to show you a way you can emulate those ideas using just your pic and strings. Using Guitar #2, this will be a combination of what sounds like two guitars playing a variety of fun sounds.

During the first six bars, you can emulate what's going on the track by simply scraping the strings and running your left hand up and down the neck of the guitar. You can also use the side of your pick to get some cool harmonics and sounds as well

After those six bars (the remaining twelve,) you are going to switch to the eighth note rhythm and you can vary that up however you want. There is a little consistency, but in the recording it sounds very loose during this section. The important part is that you signal when that change happens, which also goes with the kick drum, and that you build with some dynamics before the rest of the band comes in. 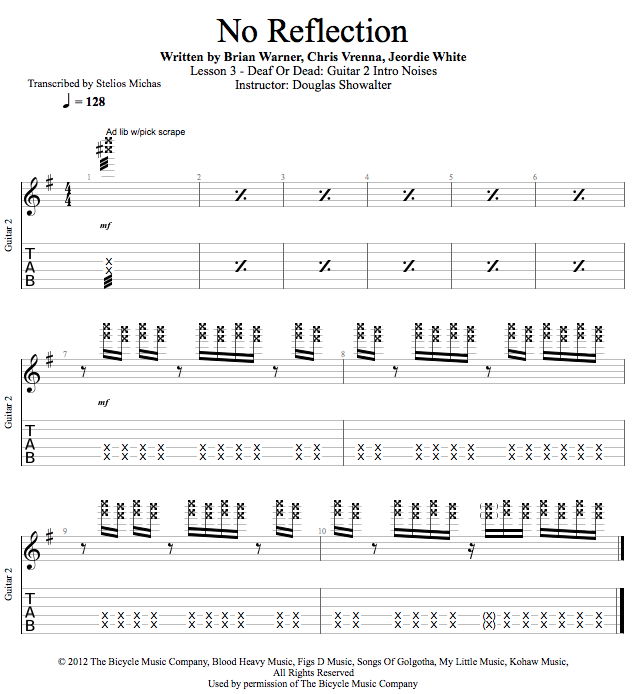