Now let's check out the final chunk of soloing during the outro jam. After the big climax with the feedback they break it down again, dynamically, and he plays some fantastic and very subtle licks in this section. After a handful of bars, they all end the song together on a big F chord. Then there's a long drum solo on the record- on our version it's just a long drum fill. But that's the drummer's call when you play it live. Just watch him for the cue and hit the big final chord when he does. 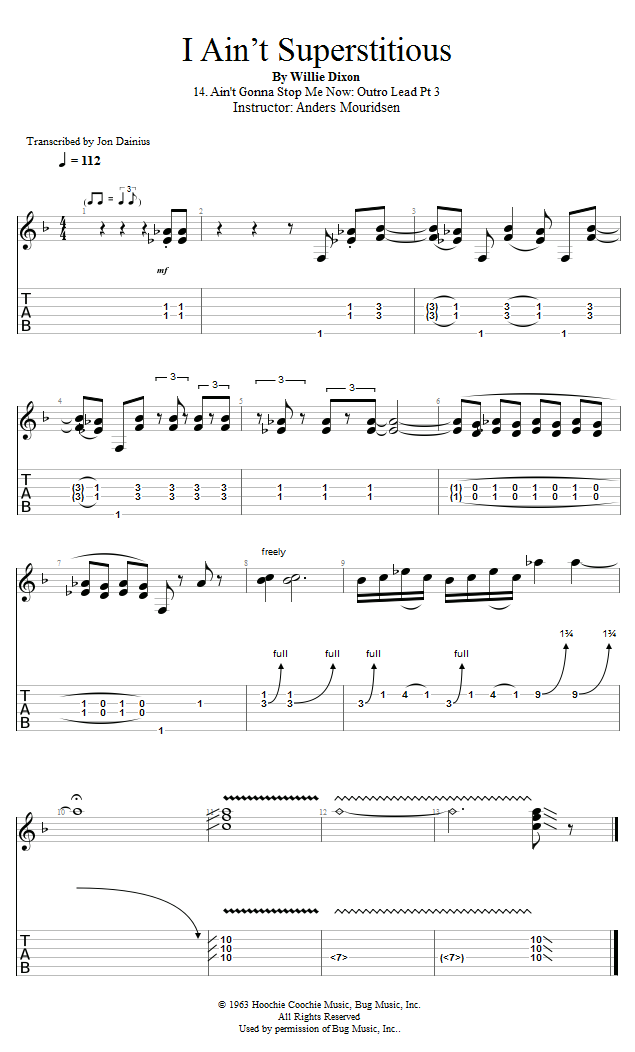