Now that we have all three positions ready, we can put them together. We'll play them over a simple 12 bar blues progression.

Play the C lick twice. Next up is the F lick once for the IV chord. Then, back to the C lick for the I chord again.

Now over to the V and IV chords. From here to the end, we'll play a shortened version of the lick to add some tension and drama as the progression draws to an end. Play the G lick, V chord, without the final two notes, ending short on the G, then move down and do the same thing with the F lick, IV chord. Finally, we'll do the same thing with the C lick, I chord and finally the G lick one more time for the V chord.

The next time through let's change it up for some variation!

Start by playing the C lick an octave higher. Play the F and G licks in the same octave but in a different position to match the same timbre of the C lick on the B and E strings. These licks sound a lot different on different strings!

The backing track starts with a high hat count-in. Remember to start upbeat of beat 4, right before the 1. 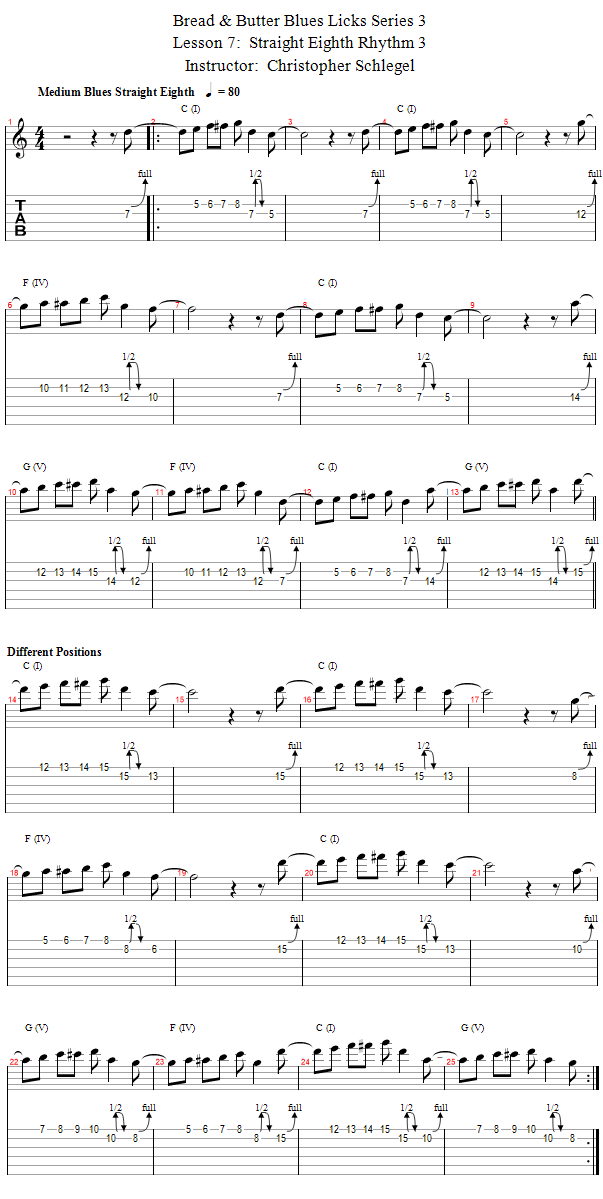