Buttering Up the IV and V

Now that we've got the basic idea down, we can move the lick around to play it over the IV & V chord of a blues progression. In key of A, this means D & E. We simple take the same idea and play it in a higher position on the fretboard. For the IV chord, D, this means playing it at the 10th position. Start with your middle finger bending the 12th fret of the G string and then you are set to play the lick over the D chord!

Move the whole thing up two frets so you can use your middle finger to bend the 14th fret of the G string and then you are set to play the lick over the E chord.

Now we have all three positions ready to play all three chords of our blues progression. 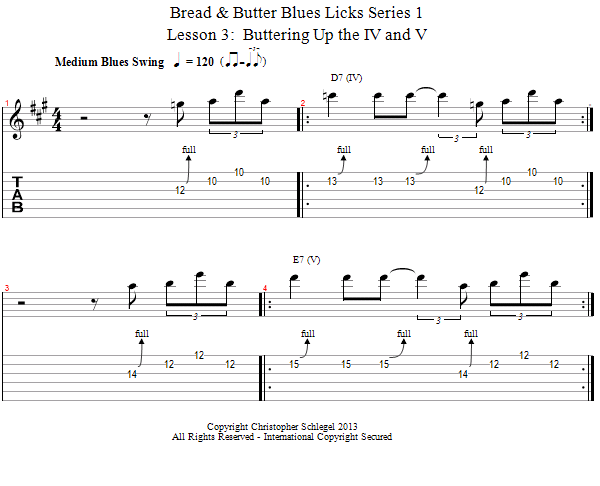