In the chorus part of the song there's only a very slight difference in the guitars. Actually, the only thing that is different between the two are the harmonics in guitar 2.

What's really going on here is that you start by playing the open E string and fretting an E on the A string as well. You'll play this for two bars and then you'll go into a really cool movement.

Next we move our G# up to an A, playing an A b5, and we end the progression by easing the tension of the tritone into an A power chord. This is a really cool sound and creates a lot of interesting harmonies with what's going on with the rest of the instruments.

Be sure to get the rhythm of the chord changes right in this part, if you need to check it out one more time!

In guitar 2's variation, when you're doing harmonics like this you're actually not pressing down on the string at all, you're barely gonna touch the string and just let it flow down the neck on the open E string between the 3 to the 7th fret and then back. No fretting, just barely barely touching the string as you glide over it.
Open In New Window 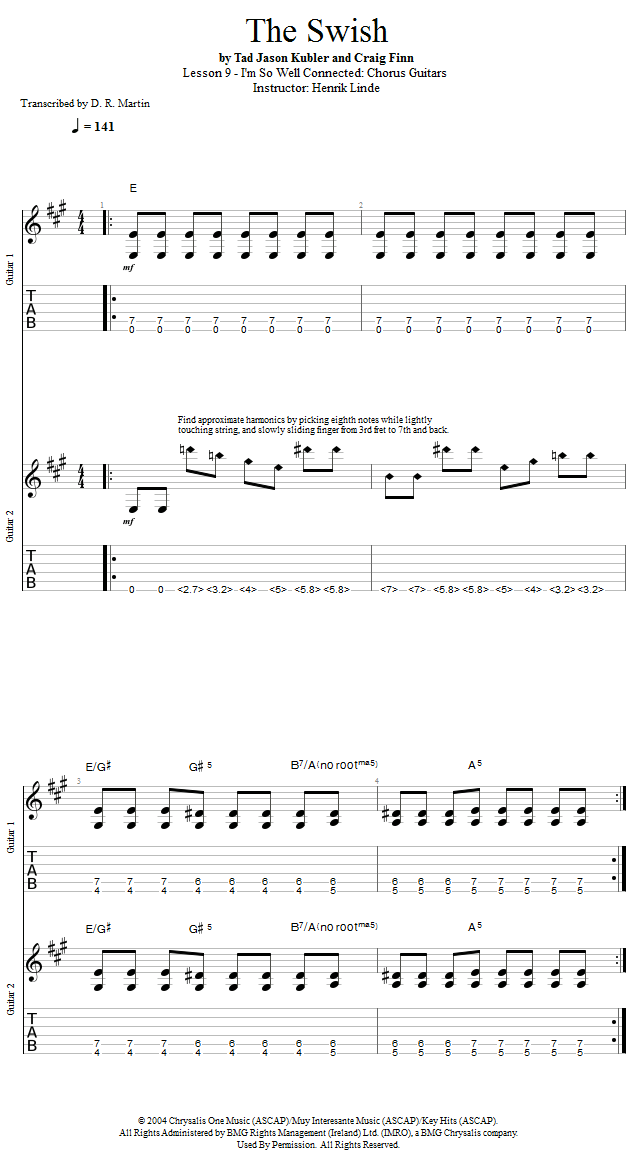