Guitar 1 will keep playing the same chords and rhythms as the jam part we just learned.

Guitar 2 will simply do a variation of the jam part of the intro - which sounds very similar, but there is slight variation here. Be sure to know the difference between the two.

So we're doing the same thing, the only thing that changes is the rhythmic pattern of the double stops. This song is actually really good to use as a tool for practicing getting tight with another guitar player, learn both parts and switch between them and try to work on being tight with one another.
Open In New Window 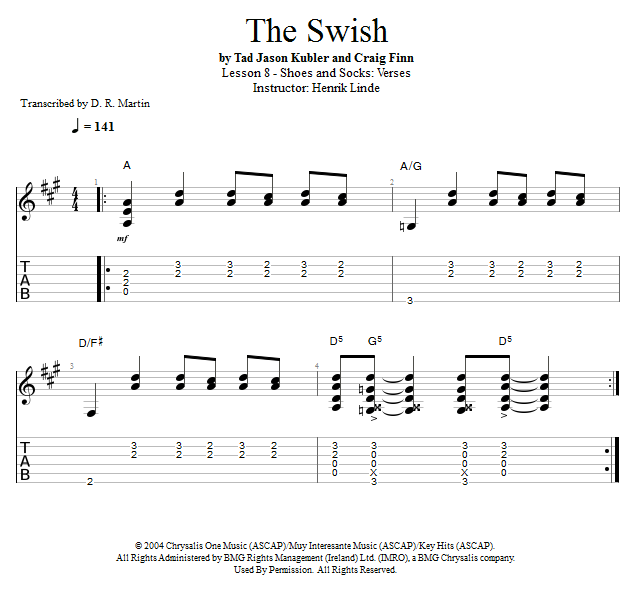