Why I Sing the Blues

After the intro solo he sings a couple of verses and then he takes another solo, and in this lesson I'm gonna break down this second solo for you. This solo moves from the old familiar pattern up to what's often referred to as the "B.B. King box". Even if you've never explored this pattern before, you'll pick it up quickly, since it's just a handful of notes that are really easy to find and play.

Throughout this tutorial, you'll probably find that it's a lot of the same notes over and over again, and it can be pretty confusing. But that's because it's not about the notes- it's about the rhythm, the feel and the phrasing. A good trick is to learn to sing the solos before you try to memorize the notes.
Open In New Window 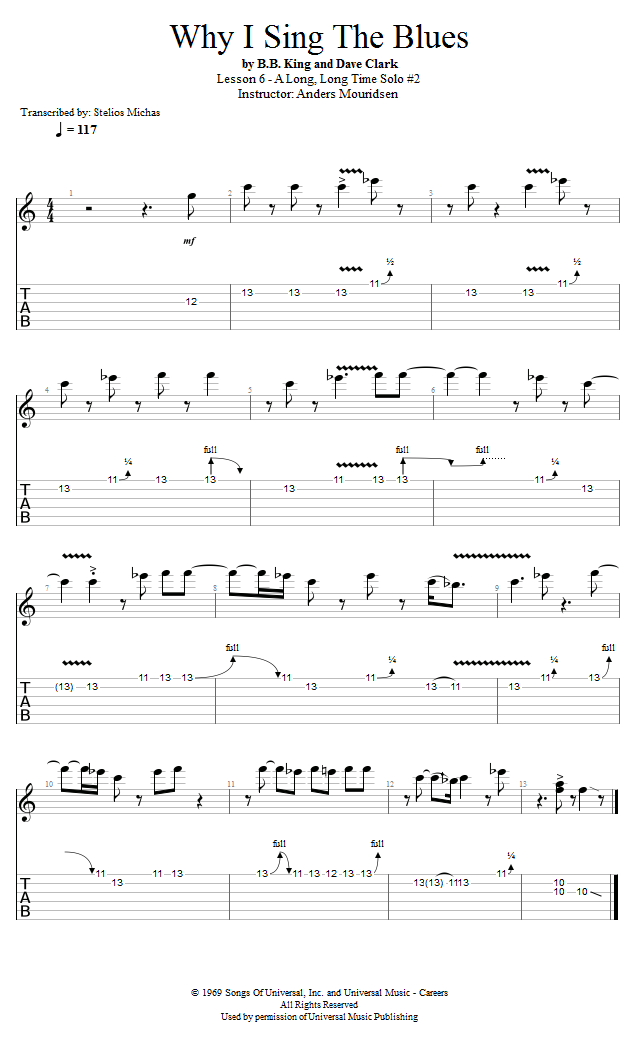 Why I Sing the Blues