Now it's time to get really vibey with some surf-inspired 12 string sounds!

We're starting on Eb and walking up to Gb and Ab, then we're gonna hit the b5 of the scale (A), and we walk down Ab, Gb, Eb.

You're gonna play this 4 times, then do a variation of the lick.
So you're essentially playing the same lick but leaving the b5 out and simply staying on Ab.

Another slight variation that occurs in the second verse is that we'll simply play the first riff 3 times and then the variation also 3 times.

This is the basis of the verse, but right before we go to the pre-chorus there are two transition chords, a Db power chord and an Eb power chord, they both get a bar each.
Open In New Window 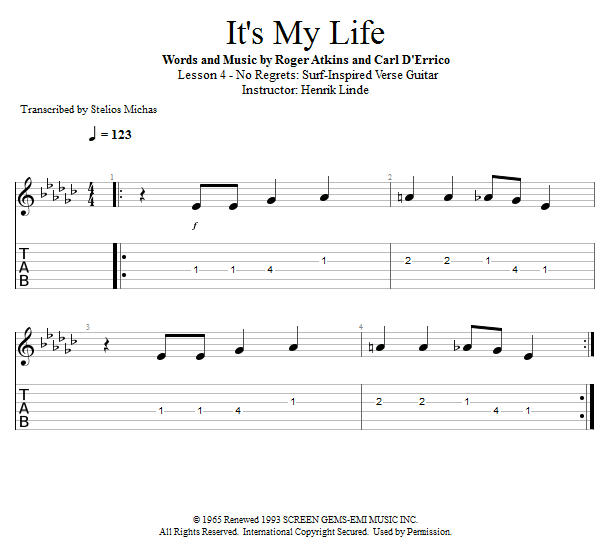