Bridge: Lost Without A Trace

In this "middle 8" you hold out sustained E major and Gb major chords for 2 bars each. This section is a sneaky little modulation! Just before you go to this section, you're playing an F minor add 9 chord, so it modulates down a half-step to the E major. After this section, the Gb moves back up to the Ab add 9 chord.
Open In New Window 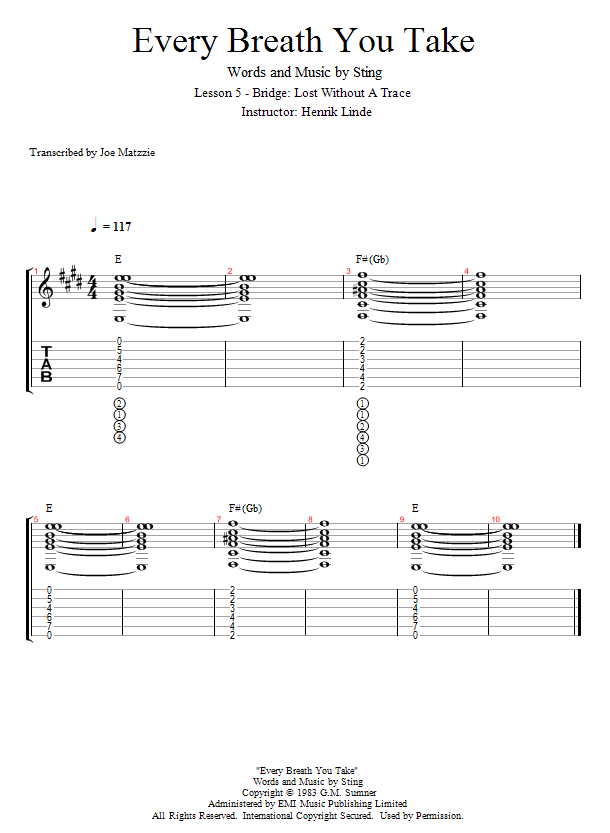