In this lesson I discuss the chord progression that will be used in the backing track. It is in the key of E minor.

Each chord has a function in this progression.

The E minor functions as the tonic, or "home base", the starting point and the ending goal.

The B7 is the V chord, it functions as the dominant chord, which means it provides tension that pulls away from the E minor tonic chord. It is a place that is far away from home base, so that we have a place to return from.

The F#7 is the V of the V chord, it is the dominant of the dominant! This is of course more specifically known as the secondary dominant. It functions as another layer of dominant chord, which means it provides even more tension that pulls away from the E minor tonic chord. It is a place that is very far away from home base, so that we have to return to the B7, the dominant chord, before we can then return to the E minor chord as the eventual goal of the progression.

Both the B7 and F#7 chords are modulations. This means that although they are related to the scale, or key of E minor, they contain notes that are not strictly in the E minor scale. So, we will have to alter the E minor scale in order to build licks to play when these chords happen.

The B7 chord has a D# as it's major 3rd. So we have to make the E minor an E harmonic minor scale with a major 7th. Otherwise known as B phrygian dominant! This also means it can function as the leading tone diminished, a D# diminished chord. 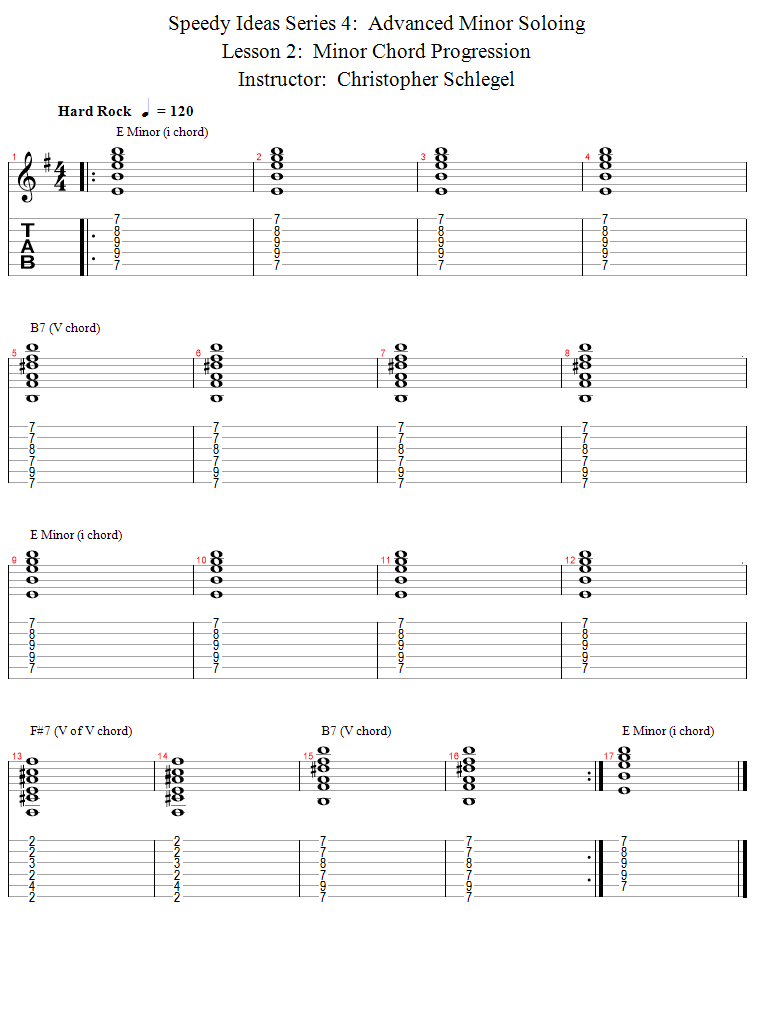