Ending With A Tritone Substitution

In this lesson we'll add another blues idea to use in ending our arrangement.

This is one you've heard many times to end blues songs (and jazz, swing, country, rock, etc.). The idea is to add a bit of drama by delaying the arrival of the final I chord, the Tonic by use of a Flat 2 (bII) chord. This is called a Tritone Substitution.

The term Tritone Substitution is named as such because:

1. It is a type of chord substitution, which means that one chord can be replaced with, substitute for or "stand-in" for another chord. This happens when two chords share one or more notes in common. In this case the F7 is a substitution for the normal V chord, the B7.

D# and Eb are the same pitch with a different name (this is called enharmonic). Notice that both B7 and F7 share the notes A and D#, which are a tritone apart. Further, their functions are reversed as the root notes change! The major 3rd becomes the minor 7th and vice versa.

2. The root notes of B7 and F7 are a tritone apart, as are the common tones.

This means that instead of playing a V - I resolution, we can use the bII chord to effectively end the song by playing bII - I. 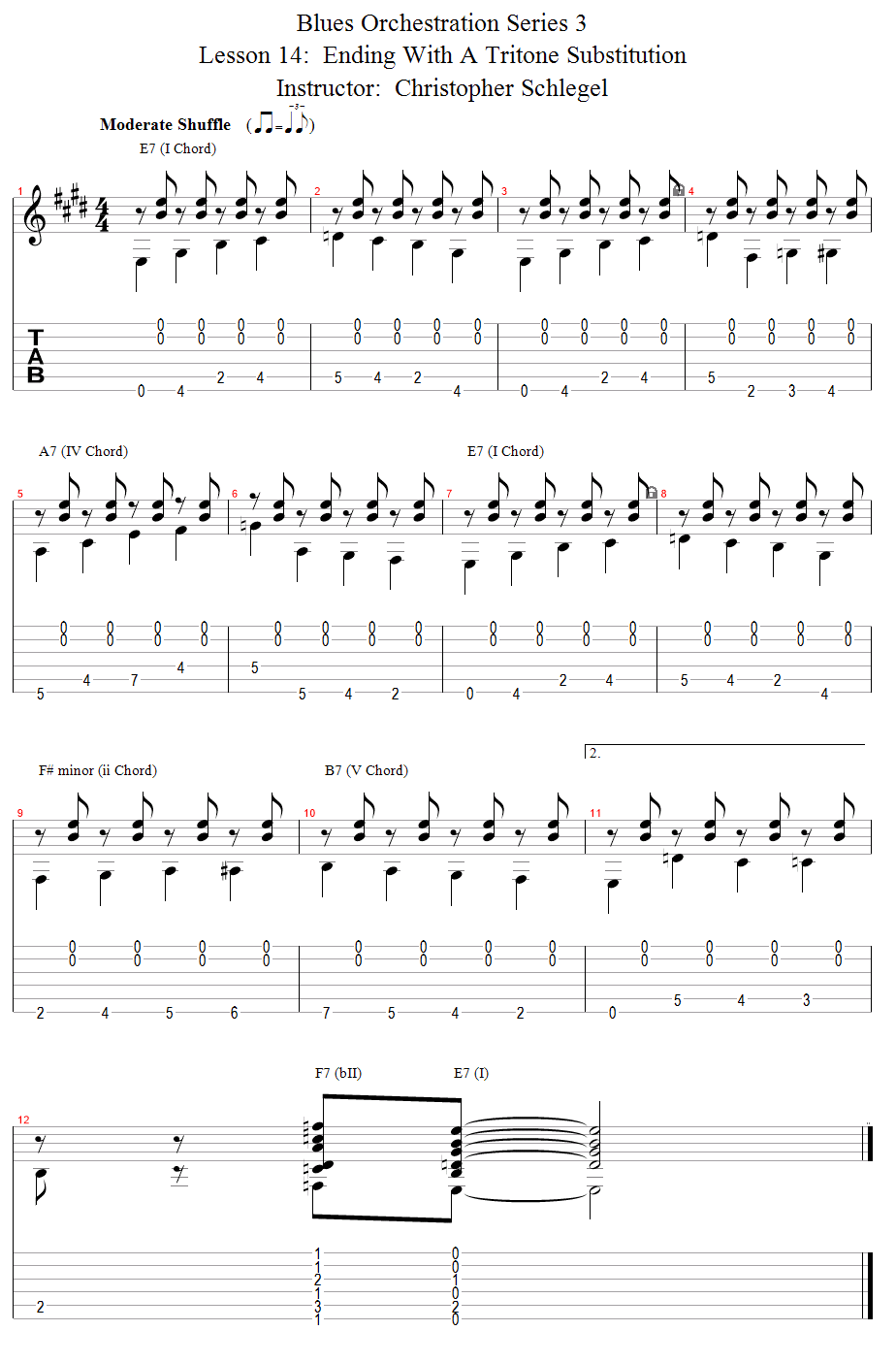