Melodic Ideas To Use Over Metal Progressions

Here's a cool technique that could help you build some speed when playing arpeggios up and down. Just move the third note of each arpeggio (which happens to be the fifth in all of the arpeggios in this lesson) to the same string as the fourth note, which lets you play two notes per string, rather than two, one, one, one, which would probably require sweep picking if you want to play fast.

In the case of a Dm arpeggio starting on the minor third, F, you're going to move the fifth, A, which is on the 10th fret of the B string, down to the 14th fret of the G string. Same note, different possibilities and sounds!
Open In New Window 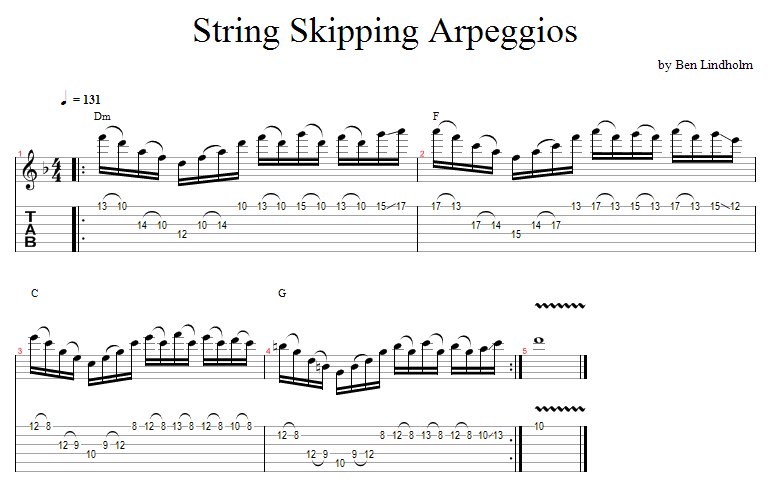 Melodic Ideas To Use Over Metal Progressions