In this lesson we'll learn a progression involving major & minor 7th chords rooted on the E & A strings.

This is the chord progression for this lesson.

We'll also try a strumming variation in which we rhythmically separate the bass note from the rest of the chord. Take your time to switch back and forth between the chords as you slowly get better at it. You don't have to play all the voicings and variations I play right away. Simply take your time and learn one at a time and add more when you are ready for it. 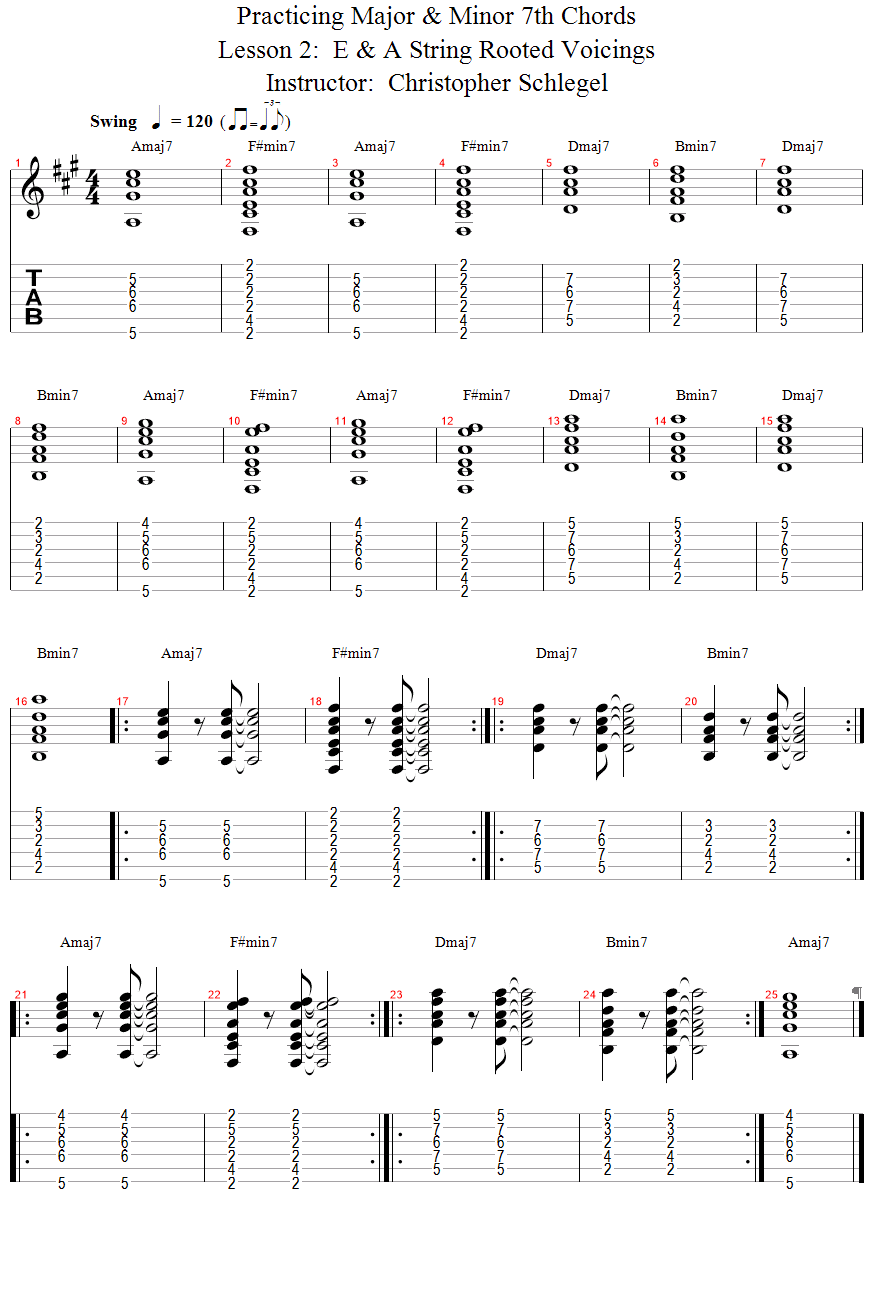