If you are in C major, you can construct a chord progression such as:


In order to "fill out" the piece, make it more beautiful, richly complex & "prepare for the arrival" of the E min from the C maj you can do this:


So you have deviated from pure C major, and are temporarily in the key of E minor but only long enough to prepare for its arrival, then you return to key of C major. This is the concept called Secondary Dominant. It is a Dominant chord inserted into a sequence of chords that creates a temporary Dominant-Tonic cadential resolution goal that is not in the home key.

It is sometimes referred to as an Applied Dominant.

Notice the concept remains the same, though. The reason we use different chords is to provide variety & interest. And the reason we play certain chords in certain orders is to provide (or avoid) a sense of goal directed motion in the music.

Typically, the secondary dominant is referred to in a chord progression as the "five of" whatever chord it is preparing. Because the vii dim chord can also be used as a dominant function you may also see "seven of" as a way of preparing for chord. 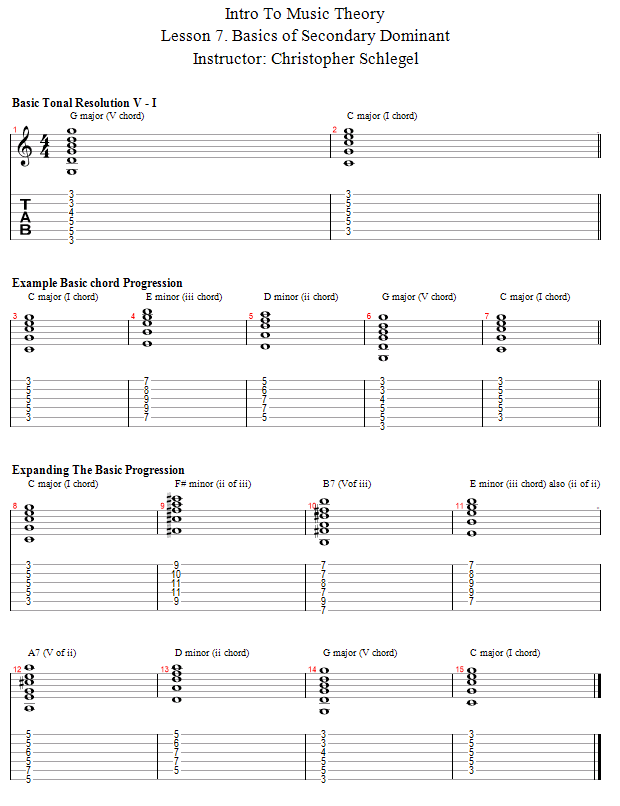