After learning and playing a good number of songs, music students will notice that certain chord progressions keep being used over and again. Many times I've heard the question, "Why do we use these three chords - I, IV, V - as the standard chord progression?" In order to understand the answer to this we need an overview of Functional Harmony.

Let's take a step back, start at the very beginning and check our premises.

Why do we bother to change chords at all in a song? Why not simply use one chord all the way through? It's possible to do, after all; and some songs actually do this. The reason we change chords and use more than one in a song is to provide variety and thereby make the music sounds as if it going somewhere. Hopeful somewhere purposeful. Once you truly understand that answer, it can help a great deal in making different chord progressions and thereby make your playing much more richly detailed and beautiful.

Functional Harmony is the science of understanding how changing chords can suggest goal-directed motion in music.

Building a chord on each note of the major scale results in the standard series of major and minor chords that are identified by Roman numerals: 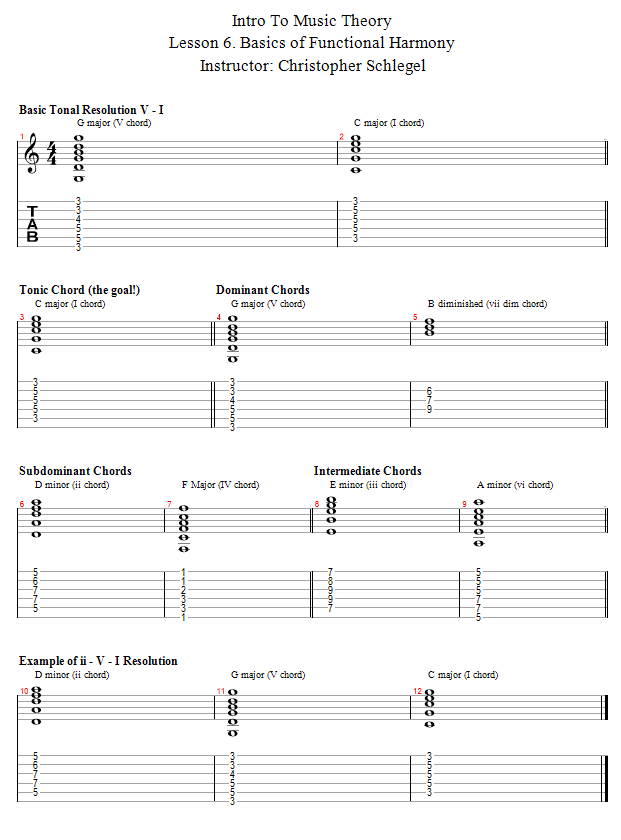