In music theory we use Roman Numerals to number the chords - usually, upper case for Major chords, lower case for Minor (and diminished). We also refer to the chords by these names which relate to their function in a chord progression:

Remember this is an absolutely, crucially important point: every note in the major scale has 2 separate and simultaneous functions. 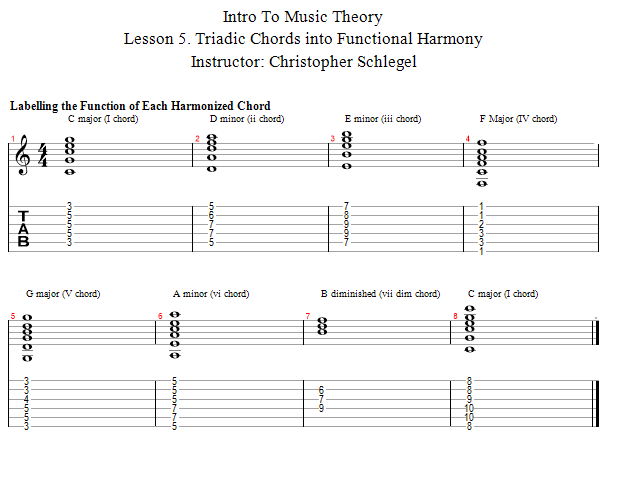