Major Scale into Chords for Harmony

Now we build a chord (a triadic sequence) on every note of the scale using only notes of the scale in the same pattern. I informally call this the "Leapfrog Principle" because you start on a note (C) and "leap over" the next note (D) to use the following note in building the chord (E). Leap again over the (F) and use the (G). Hence, the first chord is built of the notes C-E-G. This is the basic principle known as Triadic Harmony.

Now we now all three types of triad chords we will encounter in major scale harmony. So we build a chord on every note of the C major scale. Here is the list of all the chords:

Notice that every chord has 3 notes - its own 1st, 3rd & 5th unto itself. This is a crucial point: every note in the major scale has 2 separate and simultaneous functions. 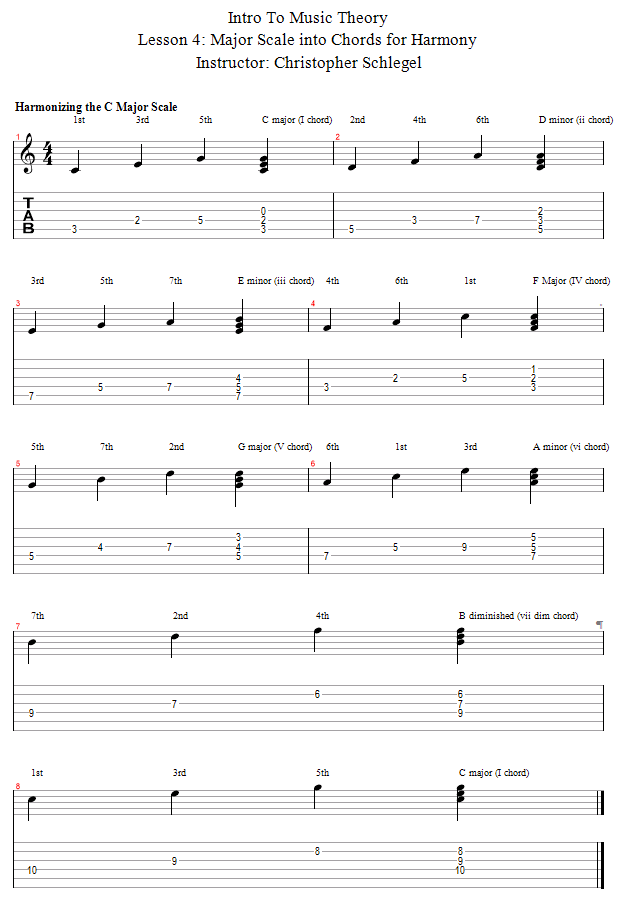