A chord is built by playing the 1st scale degree-note (root), the 3rd degree-note and 5th scale degree-note of any given scale together. This forms what is also known as a triadic sequence. I informally call this the Leapfrog Principle because we start on a note (C) and "leap over" the next note (D) to use the following note in building the chord (E). Leap again over the (F) and use the (G). Hence, the chord is built from the C major scale is the notes C-E-G; the C major chord. This is the basic principle known as Triadic Harmony.

A chord can be played in many different configurations on the fretboard.

I also did these tutorials with videos that explain more about how chords are built from scales and the relationship between them: 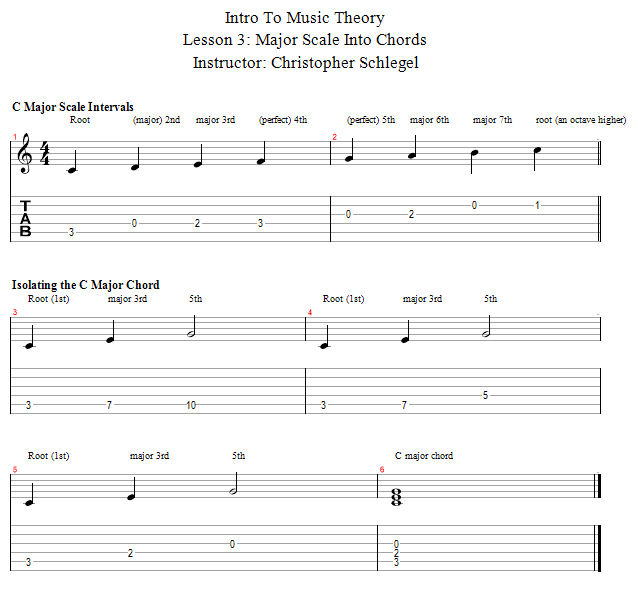